How to calculate the CTC structure? 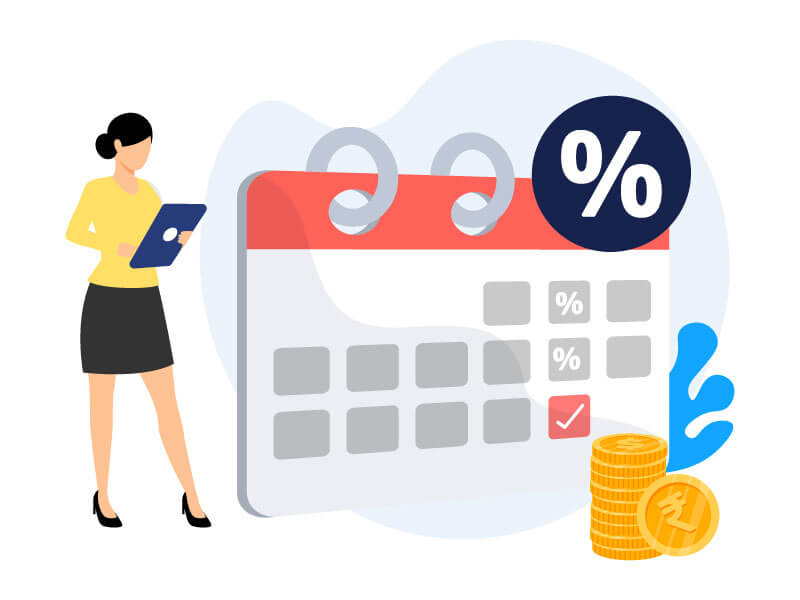 Employees often get confused about integrating the salary components, regulatory additions, and deductions that become the base of their salary structure. To get started, here is a much simpler path to every element that illustrates the break up of the salary structure/Cost-to-Company.

CTC – Cost to Company itself specifies that it comprises all the expenses, be it utilities, monthly salary, or monetary benefits, which the company spends on its employee. Moreover, CTC is not the employee’s net income; instead, it is calculated considering other additional services provided to an employee as livelihood necessities and security. These additional benefits could be allowances, statutory additions, performance bonuses, gratuity, reimbursements, etc. 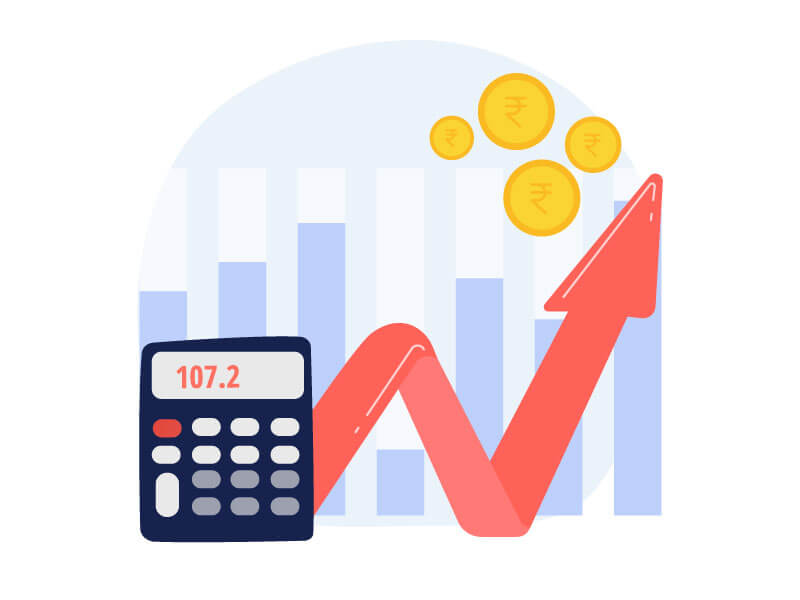 Keeping the above thing in mind, the calculation formula of CTC structure for any employee would generally go as:

In the above formula, the statutory additions are the employer’s contributions and not the employee, which we will look into as this article moves ahead.

Another bewilderment is between the gross salary and the basic salary. The gross pay is the combination of the basic salary, allowances, and the performance bonuses rewarded by the company. While the basic pay is the income of the employee before any additions and deductions are made. In general, if considered, CTC is the combination of some additions and some reductions. Here is an example of an employee’s income with bifurcation showing earnings and deductions before getting into deep.

The further sections will explain the fragments of the Income structure.

The basic salary is the income of employees received against the number of services provided and their designation in the company. It is the prime part of the CTC (about 30-50%) and paid without any prior additions and deductions. The basic salary of an employee must comply with the minimum wage standards defined by the State government and Industry. The basic provided to the employee is 100% taxable as per the Income Tax Act, 1961, and it is called the Tax Deducted at Source(TDS).

Any employee’s net income is the final income that an employee receives after all the aggregations and reductions. In layman language, it is also referred to as the take-home salary. It is calculated according to the formula:

The deductions concluded in the above equation are the employee’s contributions for EPF, ESIC, and Professional tax that helps employees with medical and social securities.

Allowances are provided to the employees apart from the basic salary as a financial benefit that applies to various livelihood necessities. These allowances are part of the CTC, and its allocation differs from company to company. Allowances are taxable unless there are exemptions available specified under the Income Tax Act. Based on this, the allowances can be broken down into taxable, non-taxable, and partially taxable.

Initially known to be Dear Food Allowance, the Dearness Allowance is provided to the public sector employees and the pensioners to offset the consequences of price rise. Since DA is provided to compensate for the cost of living, it is varied based on the location where the employee stays. It outlines that DA offered for rural areas is different from that of living in urban areas. There are two types of allowances available: Variable DA and Fixed DA.

Variable DA: This allowance varies in the CTC structure, and it is based on the Consumer Price Index (CPI) defined by the state government.

Fixed DA: the amount of the allowance is fixed in the CTC structure.

For government employees, it is calculated according to the formulas below.

The amount offered, keeping the above formula in mind, the amount provided is subjected to tax under the Income Tax Act.

HRA is offered to the employees to compensate for the rent they pay for their living. It generally differs according to the city in which they live and the salary they receive.

Employees can only apply for tax exemption if they follow the below considerations:

The amount of tax deduction that employee can claim is the least of the following considerations:

Some important considerations while claiming the tax deduction for HRA :

The employee can receive benefits against their travel expenses incurred anywhere in the country and claim a tax deduction. Though LTA is exempted from tax, the benefit is not applicable in every year of employment. The employee only receives it for two journeys in the block of four years.

Whether self or family travel, an employee can claim the tax deducted on the travel expenses. The family includes immediate parents, spouse, children (exemption available for only two).

If one misses availing exemption, there is an option to carry forward one journey to the next block. Under such cases, employees must use the carry forwarded journey in the first calendar year of the subsequent block.

How to claim LTA:

To claim the LTA deduction, the employee must ensure the following factors.

The company that facilitates transportation for its employees does not necessarily provide a conveyance allowance.

Conveyance allowance offered to the government employee is categorized based on the travel route distance.

It is the allowance to cover the hospitality chargers of any client, from their food expenses to their hotel stay. The funding provided to the employees is fully taxable, and one can claim it for the least of the following:

Whenever an employee stays after the regular shift hours to meet the targets and project deadlines, he/she can avail of the overtime allowance, which is 100% tax chargeable. The overtime worked by an employee is calculated on a double rate per hour of the basic salary of the employee.

The meal allowance is offered to meet the basic food requirements that can include refreshments, tiffin, or beverages. 100% taxable exemption is available for the food allowance, which is limited to 18000 per annum under section 10 of the Income Tax Act.

CCA is provided to cover the high cost of living and other demands for employees living in a city like Mumbai or Delhi, etc.

As the name expresses, to cover the uniform cost, employees are aided with the uniform allowance, which is fully exempted under section 10 of the Income Tax Act.

People often confuse allowances with reimbursements, but they are much different in a real context. Allowances are offered to support the expenses of employees, and they don’t have to take out their own money. On the contrary, reimbursement is the amount repaid by the employer for the expenses incurred by the employee with accurate bills and receipts for validation, thus an essential part of CTC calculation.

Certain types of reimbursements that an employee can avail of are: 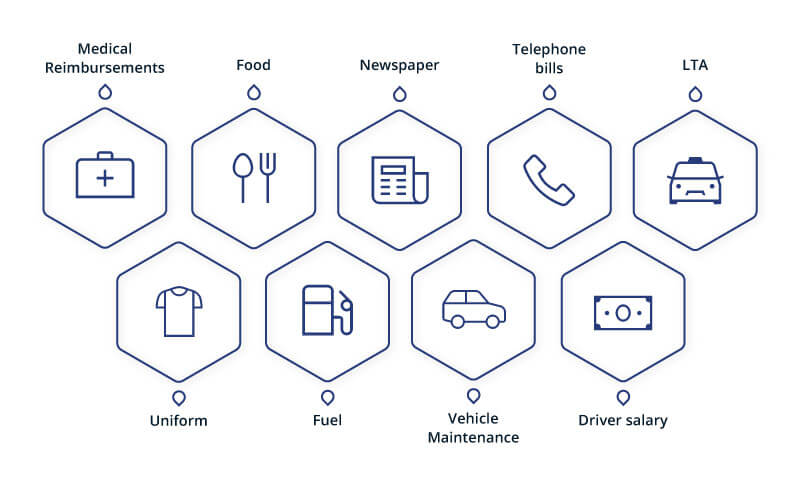 Tax Deducted at Source is the tax deduction on an employee’s net salary that is considered with salary transfer by the employer. It reduces tax evasion afterward because, anyhow, employees have to submit the tax according to the Income Tax Act.

The tax rates are not similar; instead, it proportionately increases with an increase in annual income. And these rates are refreshed for the year 20-21 under the new tax regime.

The tax deducted can be filed for returns at the end of the financial year with salary payslip and Form 16 attached to the declaration of the return.

Under the act of Employee’s Provident Fund and miscellaneous provisions act, 1952, both employee and the employer contribute to the fund maintained by the Employee Provident Fund Organization of India (EPFO). The EPF is an income saving scheme that helps employees in the time of unemployment and after their retirement.

The company that employs more than 20 employees is mandated to register with the EPFO, in which every employee contributes. The interest rate generated by the fund varies in the range of 8-12%.

The employee needs to update their EPF account whenever they change their jobs to stop the hindrance of income saving and contribution.

Under the scheme, both employee and employer contribute 12% to the fund. Still, the percentage contributions for both of them are divided into two funds: Employee Pension Scheme and Employee Provident Funds.

Note: If (Basic+DA) exceeds 15000, the EPF is calculated on the same; otherwise, it is estimated on (Gross-HRA)

Here are some of the essential information to be followed while using the EPF scheme:

Professional tax is not just tax that applies to professionals, but it is also levied on doctors, lawyers, CA, CS, freelancers, and other such professions. Even the tax calculated is not the same for every state.

The maximum tax to be paid under this is a maximum of ₹2500 per annum, which is directly deducted from one’s net income by the employer itself.

In some states like Kerala, Puducherry, Tamil Nadu, and Tripura, professional tax is deducted on a semi-annual basis, which changes to a monthly basis for the remaining states.

Employees can receive a gratuity for the services they have accomplished during their employment period under the Payment of Gratuity Act enacted in 1972. Generally, an employee is eligible to receive gratuity and such incentives after completion of 5 years with an organization. However, under cases like death or disability due to accidents, employers can provide gratuity. The amount is offered after five years. However, gratuity is still not considered to be a part of the employee’s CTC as the amount is partially deducted from every month’s salary.

The gratuity offered depends on two factors: the number of years completed and the last month’s drawn salary. It also changes based on whether the employee is covered under the act or not.

For employee covered under the act:

For employee covered under the act:

According to the following percentage, both employer and employee contributions towards the ESI fund per the regulations. The contributions made are for the salary (Basic + DA) that is limited to ₹ 21000 per month. 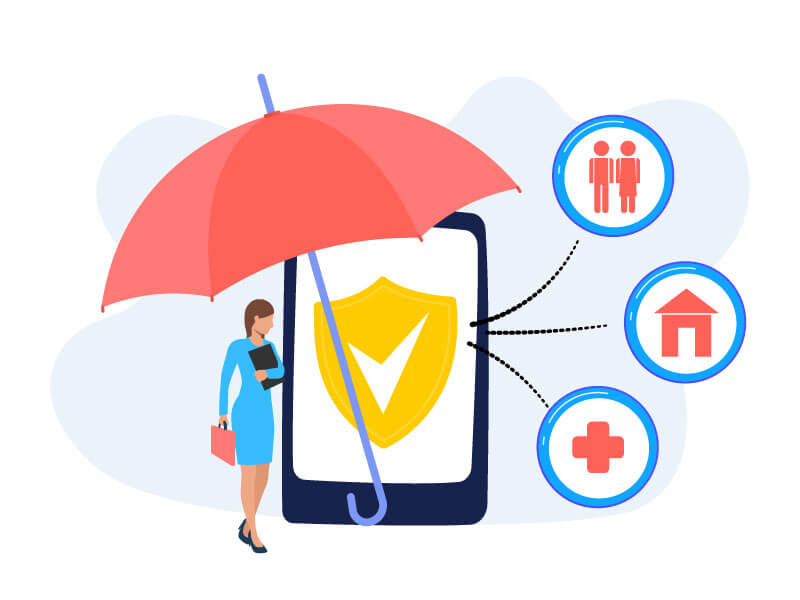 Under this act, employees receive benefits in medical, sickness, maternity, disablement, funeral expenses, and rehabilitation. Employees who are covered under this scheme can avail medical treatment for themselves and any dependents with the ESIC-collaborated hospitals and clinics.

The process of calculating the CTC might seem to be overwhelming for the first time. But as you perceive the elements point by point, it becomes the task of seconds to calculate employees’ salary. Even it is no harm for employees to observe the necessary calculations. The one thing that must be ensured is to create a checklist on what steps to take next.